Crictime is still one of the most loved cricket sites even after a decade and it’s a top choice for cricket fans to watch live cricket streaming. But unfortunately, it’s not accessible for many cricket fans.

Cricket is a sport that is played with a bat and ball on a large field by two teams of eleven players. The game originated in England and has been played for centuries. Cricket is popular in many countries, including India, Pakistan, Australia, and South Africa.

The T20 World Cup is the premier international championship of T20 cricket. The event is organized by cricket’s governing body, the International Cricket Council (ICC), with the first edition held in 2007. It is contested every two years by men’s national teams from ICC member countries.

The T20 World Cup is one of the most watched sporting events in the world, with television audiences of over a billion people. The tournament attracts some of the best players from around the globe and provides an exciting spectacle for fans of all ages.

Crictime is one of the leading live streaming platforms for cricket. It offers live streaming of T20 world cup matches and other cricket tournaments. It also has a wide range of cricket-related content, including interviews, highlights, and commentary.

It is also important to mention that Star Sports Live and Hotstar are also two of the best platforms where you can watch live cricket matches in HD.  This comprehensive report on Crictime provides an in-depth look at everything from its beginnings to the present day, including how Crictime has evolved, how it has been penalized, and when Crictime registered the highest traffic when it went down.

Here is an example of how Crictime’s live cricket streaming looks like. The type of page that is shown here is from the very beginning.

Eventually, they made smartcric.com for mobile users and this also did very well with mobile cricket watchers and emerged as one of the biggest hits for the live streaming options for mobile users.

How to Stream the T20 World Cup live on Crictime

Crictime will be live streaming the T20 world cup for cricket fans all over the world. Here’s how you can watch it:

First, visit crictime.com on your desktop or mobile device.

Next, find the “Live Cricket” link at the top of the page and click on it.

Then, select “T20 World Cup” from the drop-down menu.

Finally, choose which match you want to watch and enjoy!

There are several sites and applications that you can use depending on your location if you would like to watch live streaming.

The Crictime T20 World Cup 2022 live coverage will begin from October 2022 onwards. As of today, Crictime will be providing live cricket streaming for the match between India and Pakistan on hotstar.com. For direct access to watching links, you can check the following servers listed below. 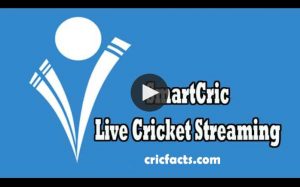 T20 World Cup is just around the corner, and cricket…