IPL 2023: Why Did Chennai Super Kings (CSK) Fail To Perform In The Tournament?.
The 15th edition of the Indian Premier League is currently underway. In fact, almost half of the tournament is already over.

It should come as no surprise that neither CSK nor MI have yet been able to put a cohesive unit on the pitch with a fresh cast of players. The two teams have not only failed to excel at batting and bowling since the first season of the IPL, but also failed to display the hard-nosed ambition to succeed that marked their cricket at the beginning of that season and made them such strong teams as well.

Lack of batting depth of Chennai Super king in IPL 2023

The Chennai super king is one of the most successful teams in IPL history, but they may not be as strong in 2023 as they are now. That’s because they lack batting depth. In their lineup, they have some of the best batsmen in the world, including MS Dhoni and Suresh Raina. But after those two players, there is a significant drop-off in talent.

This could be a problem for the super king in 2023 when the competition will be much tougher. Other teams have improved significantly in recent years, while the super king has remained largely stagnant. Unless they can find some more talented batsmen to fill out their lineup, the super king may not be able to repeat their past successes.

Chennai Super Kings, one of the most successful teams in the Indian Premier League (IPL), has been struggling in this year’s tournament.As one of the most successful captains in the history of the IPL, MS Dhoni surprised everyone by announcing his decision to step down from the captaincy prior to the start of the tournament. The fans were blown away by this. Jadeja was named captain. But he has been unable to lead in any way.

CSK have also been looking for solid and match-winning performances from their leading players, which have not been forthcoming. There have been some decent performances from Robin Uthappa, Ambati Rayudu, MS Dhoni, and Dwayne Bravo, but they have largely been limited to cameo roles so far. Only a few players from the top order have demonstrated the ability to bat 12-14 overs and help the team to a dominant position. It was only done once – against Lucknow – but the bowling flopped, failing to defend a 200+ score.

The Chennai Super Kings (CSK) failed to make it to the playoffs in the fifteen editions of the Indian Premier League (IPL) in 2023. While it is important for a cricket team to have a strong spin bowling attack, some players rely too much on this tactic, which can make them ineffective.

Too much spin can make the ball difficult to control and easy to hit boundaries. Some of the most famous spin bowlers in the world, such as Shane Warne and Muttiah Muralitharan, have been able to take wickets by mixing up their deliveries and keeping the batsmen guessing. Other bowlers who rely too much on spin can become predictable and easy to score off.

Chennai Super Kings failed to live up to the expectations of their ardent fans in the recently concluded Indian Premier League (IPL) season which will be ended on May 29. The team had high hopes coming into the tournament but was unable to replicate their form from previous seasons. Some key reasons for their downfall could include the loss of key players and inconsistency among others. 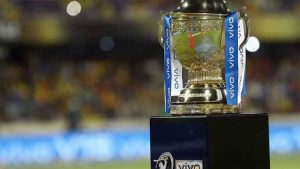