IPL 2022 Start Date: The upcoming IPL 2022 will kickstart from March 26, the Board of Control for Cricket in India (BCCI) has confirmed on Thursday evening (February 24). The 15th edition of the cash-rich Indian Premier League is set to play with 10 teams in total.

The chairman of the IPL, Brijesh Patel, has announced the news and confirmed that the tournament will not be played in front of empty stands as in the past, except for the UAE leg of the tournament in 2021.

The IPL is scheduled to begin on March 26. A complete schedule will be released soon. Also, we are going to have crowds, but in accordance with the Maharashtra government’s policy. The IPL chairman specifically stated that it will be decided by the government whether it will be 25 or 50 percent of the stadium’s capacity.

The Press Trust of India (PTI) reports that spectators will also be allowed into the stadium and permission has been granted for about 40% of the seating capacity. The Maharashtra government has decided that observers will be allowed as per the regulations, and to begin with, it will be 40 per cent. If the COVID situation remained under control and cases declined, the source indicated that it might be a full house at the end of the proceedings,”.

Ten teams will participate in the IPL 2022, with 74 matches taking place. It has been reported that Maharashtra will be the venue for the entire tournament up to now. We have identified four stadiums for the league stage where 20 games will take place at the Wankhede stadium, 15 at the Brabourne stadium, another 20 at the DY Patil stadium, and finally 15 at the Maharashtra Cricket Association ground in Gahunje, Pune.

It has been planned that all ten franchises will play four matches apiece at Wankhede and DY Patil Stadiums and three each at Brabourne and MCA International as part of a shared schedule. There has yet to be an agreement on the venue for the playoffs. 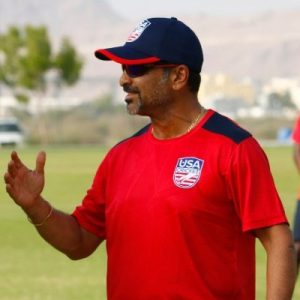