Rajasthan Royals are sometimes known as the “Moneyball” team of the IPL. Despite the having strongest team squad Rajasthan Royal become the only one-time champion. Last year was very unlucky for the Rajasthan Royals team to secure the seventh position in the IPL points table. The newly nominated captain Steve smith is hopeful for fans of RR he will bring his team back to the 2008 stage. 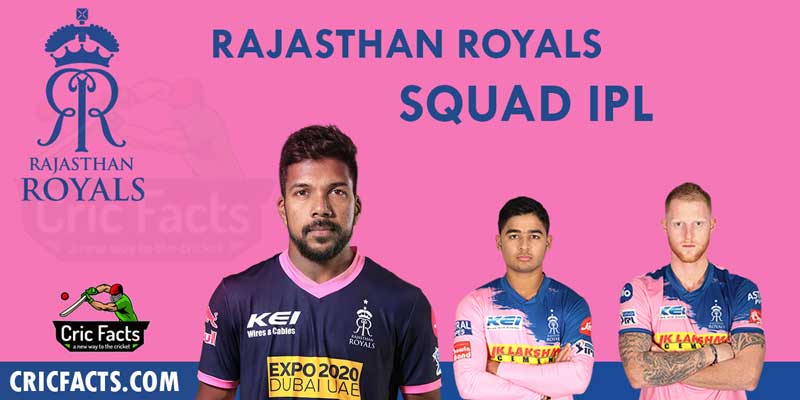 Rajasthan Royals is Founded in 2008 and consider as one of the initial eight IPL franchises the team is based at the Sawai Mansingh Stadium in Jaipur. The team was acquired by Emerging Media for $67 million.

Despite having one-time champions title RR team has a huge squad and even kept retaining some of the best t20 players in the world.  Here is the complete Squad of the Rajashtan Royal Team for 2020.

Most Runs for Rajasthan Royal

Most Wickets for Rajasthan Royal

RR won the only one time Indian Premier League title in 2008.

Andrew McDonald is the head coach of RR while Amol Muzumdar and Sairaj Bahutule are the batting coaches and Bowling coach respectively.

The brand value of the Rajasthan Royal is around $43 million. Which is lowest among other franchises of IPL. Rajasthan Royals (RR) will face Sunrisers Hyderabad (SRH) in their…