Despite being one of the finest T20 teams in the world. The Proteas are still searching for their first title victory of the ICC T20 World Cup. There has never been a victory for this team in the T20 Cricket Champions Trophy. In 2014, they came in fourth place, their best ever performance.

A mix of senior and young players have been selected by the Proteas selection committee. Moreover, the committee selected players who had recently performed impressively.

The Wicket keeper-batsman Quinton de Kock will captain South Africa in the upcoming ICC T20 World Cup 2022. It’s no question that Kock is a capable leader when it matters most.

In the batting order of South Africa, the captain itself along with Aiden Markram, David Miller will play a key role to enhance the batting unit of the country in the upcoming T20 World Cup in 2022.

South Africa is always the most difficult team to play against when it comes to pace bowling. Anrich Nortje, Phehlukwayo, and Kagiso Rabada are the fastest players in this team. 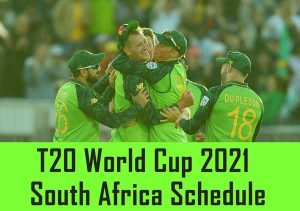