IPL 2022 was finally won by Gujarat Titans, who defied all odds to win against all odds. There were no expectations that the IPL 2022 auction would result in a winner. However, the management made brilliant use of resources and strategies to achieve its objectives.

The squad started off strong but faced a few problems in the middle of the competition, but they managed to place well in the end. In spite of this, the rival teams are likely to be more cautious about GT from now on.

There is no doubt that they will enter the following edition hoping that they can retain their title. There were a number of notable figures that GT released prior to the December 23 mini-auction, including Lockie Ferguson, Rahmanullah Gurbaz, Jason Roy, Varun Aaron, Gurkeerat Singh Mann, and Dominic Drakes.

GT’s current squad currently has certain voids in terms of talent, and they are looking to fill those voids as soon as possible during the mini-auction. Even after retentions, Hardik Pandya’s team will still be able to hold onto 19.75 crores of Indian rupees in its purse.

You need to be aware of three players who are likely to be targeted by Gujarat Titans during the IPL 2023 auction.

After Shankar’s disastrous performance, the Gujarat franchise tried players like Sai Sudharsan and Matthew Wade at the top of the order as a replacement, but neither of them was able to shine during this season’s competition.

While Sudharsan offered impressive performance in the five games in which he played, scoring 145 runs at a strike rate of 127.19, he still fell far short of the team’s expectations despite his excellent performance. Jagadeesan may be selected by the think tank in order to improve the quality of the batting lineup for the team.

Moreover, Gujarat’s top wicketkeeper Saha, who is nearing the end of his playing days as a professional cricketer, will soon have to find a suitable replacement as he will soon retire from playing.

The inaugural season of Gujarat Titans in the mega league has been a successful one, but there has been a clear weakness in their defense that should be addressed.

Joe Root may well be a terrific addition to the Gujarat Titans, as it is likely that his attack hitters David Miller, Hardik Pandya, and Rahul Tewatia will be able to play their natural game around him.

During GT’s inaugural season in the Indian Premier League, the bowling attack team played a major role in the team’s success. Hardik Pandya and his team had up to six suitable bowling options to choose from in every game they played. The GT team may have additional bowling options if Holder is acquired, who typically bowls four overs every time he bowls for the team.

The GT team does not have a perfect high-quality pace-bowling all-rounder in their lineup, except for the captain Pandya, who is a fast bowler as well. There are a number of factors that might influence Gujarat to bid on Holder during the auction process. 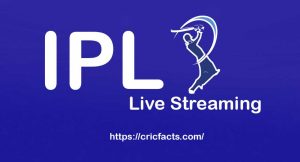 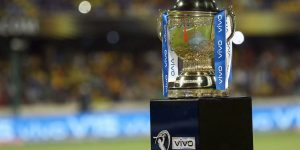