Do you want to know how to Watch IPL 2023 LIVE on Amazon fire Stick or fire Tv?. Due to unexpected twists and turns, IPL is becoming more and more intriguing with each passing day. Don’t worry if you miss a bit of the action since you can always catch up later! There is a lot of drama to come in the tournament.

Are you interested in watching the TATA IPL 2023 live stream with fire stick without paying a fee? Many options exist. Here is a brief overview of the IPL before we move on.

How to Watch IPL 2023 on FireStick (Official Apps)

IPL matches in India will be exclusively available on Disney+ Hotstar through digital streaming beginning in 2023. The Disney+ Hotstar is a platform that allows users to stream video on the internet. It belongs to a subsidiary of Star India Private Limited.

Disney+ Hotstar isn’t available in the US anymore. Let’s see what other ways we can access the IPL.

You can also use YuppTV on your FireStick to catch up on all the action from the Indian Premier League. The company provides web-based TV programming and on-demand content which includes more than 250 television channels, 5,000 movies, and 100 television shows in 14 languages.

Here’s how to watch IPL T20 on FireStick:

It is expected that many channels around the world will be covering the sporting event. Here is the list of all the channels who will be broadcasting the T20 match. You can check them out below:

Sky Sports has acquired the rights to broadcast the 2023 Indian Premier League for the first time, which will be held initially in 2021 during the first half of the year. If you are planning on watching the IPL matches on FireStick via Sky Sports, you will need to install the Sky Go app from the Amazon App Store.

If you want to watch the Indian Premier League (IPL) on the Sky Go App, you will need to have a Sky TV plan. You can choose one of the Sky TV plans, which include over 300 channels ranging from entertainment to documentaries to sports to news.

You can spoof your IP address to appear as if you are in India by using a VPN service such as ExpressVPN or Surfshark.

For many countries like Pakistan, IPL 2023 does not offer official live streaming services for the event. So to get access to some live action in the IPL in countries like this, you need to use a VPN in order to unblock Hotstar.

As a result, regardless of your location, using Hotstar India with a VPN is one of the best options for IPL fans, regardless of whether they reside in the United States, Australia, or New Zealand.

Despite paying $49.99 annually for a lesser service, you would prefer to subscribe to Indian Hotstar for INR 299/month. As an example, here is the Indian subscription cost that includes Disney Plus content as well:

The difference between those two amounts is huge, isn’t it? By using a VPN, it’s easy and simple to get access to Indian Hotstar on your device. To get started, follow these steps:

If you’re looking for free content from around the globe, you may want to consider the following apps:

Additionally, you may wish to take a look at our guide to the best FireStick channels that provides various streaming apps that will help you watch Movies, Live Sports, and more. In order to stay anonymous online while you stream content from free sites, you will want to make sure that you always get the best FireStick VPN before you begin installing them. 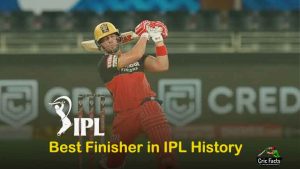 Every edition of the T20 World Cup has been graced… 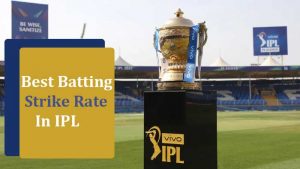