The Lucknow Super Giants (LSG) will play their opening match of IPL 2023 against the Gujarat Titans. Wankhede Stadium in Mumbai will be the venue for the match on March 28. There will be a total of 14 matches played by LSG during Indian Premier League 2023. Here is everything you need to know about LSG’s complete fixture list, match timings, locations, and dates for the upcoming season.

The IPL 2023 schedule indicates that Lucknow Super Giants will open the IPL 2023 campaign by taking on Gujarat Titans on March 28, 2023, at the Wankhede Stadium. Listed below are the full LSG schedules for 2023:

Below are the details of the matches LSG will play on away grounds during the IPL 2023 season.

Below are the details of the matches that LGS will play in their home grounds for the IPL 2023 season.

The following are details of the league matches that LSG is scheduled to play in Wankhede Stadium this season:

The following are the details of the league matches that LSG will play at the DY Patil stadium during the upcoming season:

Here are the details of the league matches that LSG has scheduled to play at Brabourne Stadium during the upcoming season:

The following list has details of the league games that the LSG is scheduled to play at the MCA Stadium, Pune:

How Many Matches will LSG play in DY Patil Stadium?

The Lucknow Super Giants will play their first match against the Gujarat Titans at Wankhede Stadium on March 28, 2023. 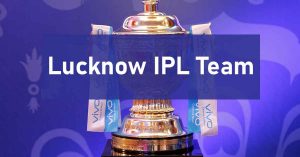 Name of the players of the Lucknow IPL Team 2023…