There are a number of key fixtures at the upcoming ICC Men’s T20 World Cup 2022 to look forward to, from fabled rivalries to match-ups that could well decide on the tournament’s further progress. Here are a few of the most pivotal fixtures to watch out for.

In the opening match of last year’s tournament, the two teams met, and these teams will meet again when the 2022 edition of the tournament begins.

There was plenty to take from Namibia’s encounter against the Eagles last year that ready them for the final two matches of the group stage. However, the Eagles will want to prove how far they’ve come since their historic Super 12 qualification a year ago.

Having won the Asia Cup last month, Sri Lanka know they will have to put in a stronger effort this time around, and they cannot afford to slip up early in the tournament.

There has only been one T20I played at Geelong’s Kardinia Park, which was won by Sri Lanka over Australia back in 2017. There was only one current member of the squad who played in the match, Kusal Mendis.

There is still a lingering fire in the Scots after they lost to the West Indies in a heartbreaking match during the 2018 Cricket World Cup Qualifier on their way to the 2019 50-over world championship.

This will be the first time the two teams have met in any format since the encounter, and Scotland will probably feel confident that they will have a good chance, of facing a team that is regarded as lacking the firepower of old West Indies teams.

It was Scotland’s renowned victory over another Full Member in Bangladesh last year that opened up the tournament for Scotland, and the Hobart surface should be more to their liking as well.

If both sides are to progress to the Super 12s, then the Eagles will likely need to win this match to hold on to their bragging rights after beating the Sharks in the corresponding fixture last year.

As they chased 165, Namibia posted a well-calculated run total, with David Wiese’s 40 pacing his run around Erasmus’ and Smit’s batting efforts to complete the chase in near-perfect style.

As a result of the tumultuous campaign last year, the Dutch have regrouped and should give a better account of themselves in Geelong this weekend.

The all-European-region affair should provide a unique spectacle with two teams that know each other well, and played on the Bellerive Oval surface that should allow a great match for the neutral to see.

It is unfortunate that Scotland are on the wrong side of a 7-3 head-to-head record in T20I cricket between the two teams (two no results, one tie), though they had a much more successful run at the 2021 event as compared to the previous season.

Ahead of this trip, Ireland is coming off a successful home series against Super 12 side Afghanistan, and they have a point to prove after losing out in last year’s First Round.

There will be a lot of pressure on Scotland to emulate their 2021 success, even though Zimbabwe did not participate in the last competition cycle due to their suspension from the ICC, and will provide a new challenge for the team.

Having hired Dave Houghton as their head coach, Zimbabwe is a side on the rise and advancing to the Super 12 stage is now the minimum goal that needs to be achieved.

In 2021 the Scots lost a home T20I series against Zimbabwe, and in 2016, they lost their only meeting at a T20 World Cup to the Chinese team.

It seems that there isn’t much more that can be added to this tie for it to be a contender for the Super 12 title, given that it is a rematch of last year’s final between trans-Tasman rivals.

On home soil, the Kiwis are unbeaten in the format on the hosts’ home turf, winning a rain-affected encounter back in February 2018 at the SCG, by a comfortable margin.

Tickets for this match were on sale for the first time back in February and sold out in less than five minutes after they went on sale.

It is likely that there will be over a billion pairs of eyes watching the Melbourne Cricket Ground for the eagerly anticipated match and they will be envious of the 100,000 spectators present at the venue.

There is no doubt that India’s 10-wicket defeat to Pakistan last year should be enough motivation for Rohit Sharma to feel motivated this year.

In the Powerplay, taking multiple wickets could be an avenue for India to avenge their defeat in 2021, as it would expose the weak Pakistan middle order, which has been struggling for runs throughout the series.

During the last meeting of the series, Bangladesh was bowled out for just 84 runs and the team will be desperate to provide a better account of themselves this time around. The South Africa team, on the other hand, has had a strong year in this format and is likely to need a win here to ensure their place in the semi-finals.

Besides having a history of beating South Africa in T20I cricket, Shakib Al Hasan’s team has also had a history of losing to them.

There was little doubt that both teams would have circled this match on their calendars, knowing that a victory here would go a long way in helping them to secure a place in the semifinals.

There is currently a preliminary T20I series being played between the Asian and European sides in India, and the Asian team was able to maintain its dominance with an emphatic victory in their opening match of the series.

There is still Pakistan standing in the way of the Proteas’ path to the final four, and the Perth surface may be more suitable for the Proteas than that in Johannesburg.

The first round Group A favorites Sri Lanka were beaten by Afghanistan in the opening game of the Asia Cup in August, but Dasun Shanaka’s side came back in the Super Four stage to secure the victory.

The best chance a team has of winning the Super 12 is if they come out on top of their first round group, but they’re likely to target Afghanistan first.

There has been speculation that England’s match against New Zealand at The Gabba could become de facto a quarter-final should the hosts win the group early.

As the two sides were in opposite Super 12 groups last year, the two only faced each other in the semi-final, with Kane Williamson’s side remaining relatively silent against England’s electric batting unit.

It was Daryl Mitchell who took control of the game in the reply, scoring 72 (47), earning Player of the Match honors for New Zealand as the team almost reached its target of 167 with a ball to spare. 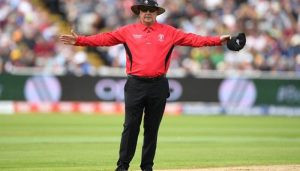