You can find here the KKR captains of all the seasons of the IPL from 2008 to 2021. It is a matter of knowing who was the captain of the Kolkata Knight Riders during which season of the Indian Premier League.

Following is a complete list of all the Kolkata Knight Riders captains in all seasons of the Indian Premier League:

KKR Captains in All IPL Seasons 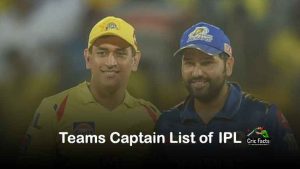