Team India’s campaign for the T20 World Cup 2022 in Australia will begin on October 23rd, which is the date on which the team will begin its campaign. The Indian team will be facing arch-rivals Pakistan in its first assignment at the Melbourne Cricket Ground (MCG) during the showpiece event of the year.

As the World Cup is around the corner, the Board of Control for Cricket in India (BCCI) recently released a 15-man squad that promises to be formidable for the upcoming tournament. There are also four standby players listed by the cricket board for the tournament to cover any possible injury issues that may arise during the tournament.

Indian captain Rohit Sharma and head coach Rahul Dravid have come under scrutiny following India’s embarrassing exit from the Asia Cup 2022 following an embarrassing performance. In the wake of the team selection, many netizens have expressed their disappointment over the choice, stating that both Rohit Sharma and Rahul Dravid have now reached the end of their honeymoon period.”

India’s loss at the Asia Cup 2022 has made the T20 World Cup 2022 a crucial tournament for the team tough loss in the Asia Cup 2022. There hasn’t been a World Cup for the Men in Blue since the 2011 ODI World Cup when MS Dhoni captained the team. The upcoming ICC event is expected to be the last chance for Rohit Sharma and his team to put an end to this World Cup drought.

We will take you through Team India’s schedule, squad, players, live streaming, and venues for the T20 World Cup 2022.

Live Streaming and Telecast of the T20 World Cup 2022

There will be live streaming of the T20 World Cup 2022 on Disney Plus Hotstar, while the tournament will be televised by Star Sports Network in India. 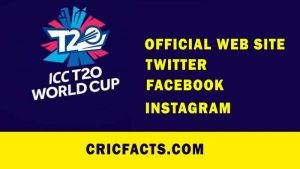 Get all the latest Cricket News by visiting the ICC…