Throughout the course of this tournament, there have been both major successes and disappointments in equal measure. There are several teams that are quite successful in the IPL, such as Mumbai Indians, Chennai Super Kings, and Kolkata Knight Riders.

The following table provides a rough idea of the worst team in terms of number of wins from their participation in the tournament.

When a team’s performance is consistently bad, then it can be classified as a bad team. Similarly, the vice-versa holds true as well. It is easy to say that CSK has been a consistently good team throughout its history. Teams like Mumbai Indians and KKR are also excellent.

In the recent past, the team co-owned by Preity Zinta has shown a lot of promise, but has been inconsistent since the first edition of the IPL. Punjab Kings have qualified for the playoffs only once in 14 seasons, with the exception of the 2014 season when they finished at the top of the table. In an age group when there have been legends such as Kumar Sangakkara, Brett Lee, Chris Gayle and KL Rahul, that is an alarmingly low number.

The win percentage is only 45.90, which is a very low number. It has always been Punjab Kings’ ability to manage a great team, but their consistency has always been a problem. In recent years they have not always had the best of local talent, and their foreign exports have failed to deliver on a regular basis. It is no surprise that Punjab Kings are the worst team in the Indian Premier League.

Other teams that have historically failed to perform well in the IPL include Delhi Capitals. Delhi Daredevils, founded in 2008 as Delhi Daredevils and owned by the GMR and JSW Group, has had a long list of superstars as members of the team. Still, every year they weren’t able to do it. Delhi has had AB de Villiers, David Warner, Glenn Maxwell, Gautam Gambhir, Virender Sehwag, and Glenn McGrath – you name a superstar, they have it. Up until IPL 2020, Delhi was the only team to fail to qualify for the tournament’s final even once. In 2020, they rectified that by reaching the finals, but they lost to the Mumbai Indians in the finals.

In spite of that, Delhi has made a great deal of progress in the lineup over the last couple of years, and a few more IPL titles should be on their way soon. It does not change the fact that Delhi is one of the worst teams in the history of the IPL, however.

An Indian team led by the effervescent Virat Kohli and full of the likes of the aforementioned Virat Kohli, Chris Gayle, AB de Villiers, and many others should not be among the players listed above. Royal Challengers Bangalore have never been able to win an IPL title despite having such superstars in their unit.

When it comes to the worst teams in the IPL, the winning team of the inaugural edition, the Rajasthan Royals, is the fourth worst team. Rajasthan Royals made an impressive start to the tournament. During the Shane Warne era, a young team won the World Cup, but Rajasthan has not been able to repeat the feat since then. The rest of the editions, however, have primarily been average in terms of their performance.

Rajasthan has undergone too many changes since then. All members of the team have been inconsistent. Rajasthan is too dependent on foreign trade. As a team, Rajasthan has played 168 IPL matches and won 50.60 of them, making it one of the worst in the league.

In our opinion, the Kolkata Knight Riders, the team co-owned by Shahrukh Khan, should not be included on this list. We believe that the only reason they are there is due to the poor performance in their first season. The KKR team is one of the IPL teams that started slowly. While Kolkata’s fortunes were not good from 2008 to 2011, after Gautam Gambhir took over as captain, things began to turn for the better.

In 2012 and 2014, Kolkata won two titles with the talismanic left-hander at the helm of the team. The number of cases has tapered off since then and they have not been as consistent as they used to be. As a result, it is quite surprising to find Kolkata amongst the worst teams in IPL despite the fact that they have won the title in both editions. 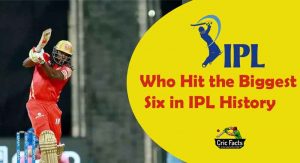 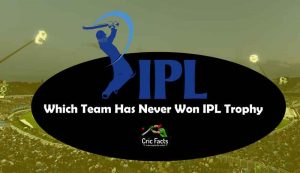 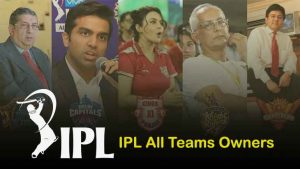 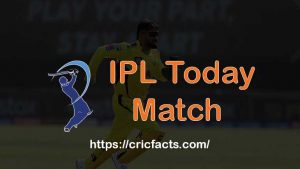