IPL 2023 All Teams Owners Name list and Details: The team owners purchase ten teams, each made up of players from all over the world, from the auction. It is the owners of the teams that make money and make the team stronger. Team owners play a vital role in the Indian Premier League on and off the pitch.

The Rajasthan Royals (RR) are a team in the Indian Premier League (IPL) based in Jaipur, Rajasthan. RR was one of the initial eight franchises in the IPL, which began in 2008. As a result of their victory in the final, RR won the inaugural season of the IPL 2008 by beating Chennai Super Kings. It should be noted, however, that they were never able to come up with a similar impressive show in any other season. In fact, they did not reach the semifinals in any other season.

As one of the least expensive teams, the Rajasthan Royals were brought in by Emerging Media on February 20 of this year. The Rajasthan Royals were acquired by Emerging Media for only $67 million. In fact, the team is currently managed by Manoj Badle. The team has been invested in like Amisha Hathiramani (44.2%), Manoj Badale (32.4%), Lachlan Murdoch (11.7%), Ryan Tkalcevic (8.7%), Shane Warne (3%).

Another team in the list, Kings XI Punjab, hasn’t won a single title in the history of the IPL. One of the teams’ home grounds is the PCA Stadium, Mohali, which hosts the team’s home matches. In addition, since 2010, some of their home matches have also been played at either Dharamsala or Indore, respectively.

A team consisting of Mohit Burman of the Dabur Group (46%), Ness Wadia of the Wadia Group (23%), Preity Zinta of the Apeejay Surrendra Group (08%) and Karan Paul of the Apeejay Surrendra Group (08%) was brought together by these companies on 20 February 2008. There were no changes made to the team owner after that. Preity Zinta is most often seen on the ground.

In 2013, SRH (Sunrisers Hyderabad) was adopted by Kalanidhi Maran – owner of Sun Network – to replace the Deccan Chargers in the Indian Premier League. In their first season as a franchise, the team made an appearance in the IPL playoffs. Since then, the team has won the 2016 Indian Premier League against the Royal Challengers Bangalore.

The team is owned by Sun TV Network who won the deal with a bid of ₹85.05 crore (US$12 million) per year for a five-year deal, a week after the Chargers were terminated due to prolonged financial issues. Kalanithi Maran, owner of Sun Network, is the team’s owner. The Hyderabad franchise, which used to be known as Deccan Chargers before changing its name in 2013, is now known as Sunrisers Hyderabad. SRH has won two titles so far, their first one under the name of Deccan Chargers and their second title after the name change. As of 2020, it is believed that Kalanithi Kaviya Maran’s daughter will be taking over the operation of the team.

The Delhi Capitals have been renamed the Delhi Daredevils. A name change was made to give a new identity to Delhi because Delhi is perceived as the power center of the country. As a result, it was renamed Delhi Capitals.

GMR Group bought the Delhi team for US$84 million.  The Delhi Daredevils were sold by GMR to JSW Sports for ₹550 crores (US$77 million). As a result, now Delhi Capitals is owned by GMR Sports Pvt Ltd and JSW Sports Pvt Ltd. Arun Jaitley Stadium, located in New Delhi, is the home ground for the team.

There are currently no fixtures available for the Kolkata Knight Riders, a popular franchise-based cricket team. A popular cricket league in India is the Indian Premier League where the team competes on a regular basis. Here is the complete player list for Kolkata Knight Riders.

Shah Rukh Khan’s company Red Chillies Entertainment bought the Kolkata Knight Riders for $75.09 million, equivalent to about *2.98 billion at the time, from actress Juhi Chawla and her husband Jay Mehta. With a combined stake of 55% and 45% in the Kolkata Knight Riders, Shahrukh Khan (Red Chillies Entertainment) and Jay Mehta and Juhi Chawla (Mehta Group) own the team.

Vijay Mallya, who paid US$111.6 million for the Bangalore franchise, was the buyer of the franchise. In terms of the most expensive bid for a team, just shy of Reliance Industries’ 111.9-million-dollar bid for the Mumbai Indians, this was the second-highest bid. Duff & Phelps estimated Royal Challengers Bangalore’s brand value at *595 crores (US$83 million) in 2019.

The Mumbai Indians are the most expensive team in the league, having been acquired by Reliance Industries Ltd. (RIL) for a sum of $111,9 million. The franchise will be owned by RIL, a company owned by Mukesh Ambani for a period of 10 years commencing from the date of purchase. Mumbai Indians is the brand name given to the franchise. There are no plans to change the name in the future. 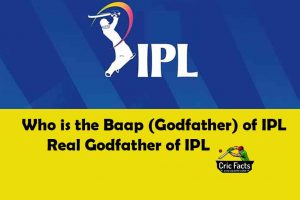 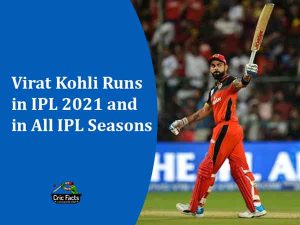