Highest Score in IPL Final by Team –In the Indian Premier League seasons, there are many big and amazing records that have been broken. On the other hand, there are some records that don’t get much attention from the fans.

However, in all of the 14 seasons that we have followed the IPL, we have not been aware of which teams had scored the highest in the finals.

In the entire tournament of the Indian Premier League, the final of the IPL is the most significant game. The two teams that reach the final stage of the tournament give everything they have to win the IPL trophy.

Highest Run Scores in an IPL Final all Season by Teams

IPL champions SRH amassed 208 in the final despite David Warner striking 69 in 28 balls as he led the way from the front for the SRH team. Although Gayle and Virat Kohli opened the innings with 114 runs, RCB failed to seal the deal and lost by eight runs. Sunrisers Hyderabad is the first team who have scored the highest runs in ipl final.

After winning their third title in as many seasons, Chennai Super Kings were crowned IPL 2018 champions.  On the other hand, Chennai Super Kings came out on top in the IPL 2011 final, and on paper looked like the likely winners of that season. CSK batting first against Royal Challengers Bangalore in the final match of 2011 was an outstanding performance. CSK had a good start in the final to their season.

The opening pair of the yellow army batted exceptionally well, scoring more runs than the rest of the team. As a result of this, CSK scored 205 runs with the loss of 5 wickets from their allotted 20 overs. I would like to mention that CSK’s openers on this final day, Michael Hussey and Suresh Raina, were instrumental to their team’s victory. At the very end of that final match, Hussey’s partner, Murali Vijay was the top scorer of the match, having scored 63 runs to his name. However, Vijay was just 5 runs short of achieving his well-deserved ton.

The all-rounder was out after scoring 95 runs. Accordingly, RCB’s team never had to worry about chasing runs in this difficult situation. Despite scoring 147/8 in the IPL final, they managed to lose yet another final of this tournament.

Mumbai Indians batted first in IPL 2015 final and scored 202/5 in the 20 overs they were allotted. Lendl Simmons, who scored 68 runs and helped set up this target, is the man responsible. During the course of the match, Rohit Sharma also made 50 runs.

Chennai only scored 161 runs and lost 8 wickets in 20 overs to respond to this total.

Teams Wise Highest Score in the Final of IPL History

This was the final match between Kolkata Knight Riders and Kings XI Punjab in the 2014 season of the IPL. Kings XI Punjab batted first and scored 199 runs in the match. As a result of their wicketkeeper-batsman Saha’s century, the team managed to reach this total only with a few balls to spare. Saha scored 115 runs for the team in the final. However, the response from KKR was extremely impressive. In the pursuit of the total, Manish Pandey scored 94 runs, which helped his team to achieve this goal. Kolkata Knight Riders chased this target down after losing 7 wickets in the process.

Kolkata scored 200 runs from 19.3 overs and won by just 3 wickets in the final of the tournament.

It was a stunning performance by little-known Manvinder Bisla, who smashed 89 off 48 balls and stitched together a 136-run partnership with Jacques Kallis (69, 49b), which helped KKR chase down CSK’s total of 190 in the Super League. As a result, it was the biggest chase in the final, surpassing the Royals’ effort in the first edition against CSK.

Which Team holds the Record for the Highest Score in the Final of IPL History?

Sunrisers Hyderabad With 208 runs in final of IPL. 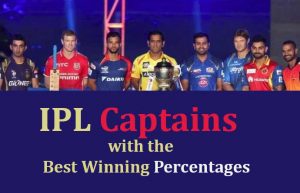 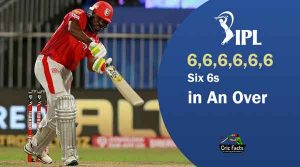