You will also learn about the Punjab Cricket Association’s IS Bindra Stadium pitch and ground conditions, including records of all cricket formats and IPL records, average average scores of Test, ODI, and T20 matches, toss factors, and winning records. It is commonly known as the Mohali Stadium. There is one stadium in Ambala built by a man named Geetanshu Kalra, which is the home ground for the Punjab Cricket Team.

Usually green grass will be seen on the pitch here, but according to the pitch curator, due to the intense heat in the summer season, there will be lack of green grass on the pitch, for which it becomes easy to chase the target in limited overs cricket on this pitch. That’s why the team that wins the toss prefers to bowl first. The pitch at IS Bindra Stadium Mohali helps the spin bowlers a little. Here because of the green outfield, the shine of the ball remains for a long time, and for the fast outfield, the ball moves rapidly towards the boundary line.

The distance from the center of the pitch to the boundary is about 68.58 meters all around the ground. (Wikipedia)

It was earlier known as Punjab Cricket Association Stadium, Mohali, but is now indajit Singh Bindra Stadium Mohali. As one of the largest cricket stadiums in India, this stadium is among the biggest of its kind in the country.

The Punjab Cricket Association IS Bindra Stadium Mohali often has green pitches and pitches of this kind prove to be very useful for fast bowlers. During the initial innings, batsmen will often have to be careful because swing is often seen in the first innings of a test match because there is grass on the wicket, however, as the match progresses, the pitch becomes slower. There are two and three days of a Test match where it becomes easier to bat than on the first and second day. In the fourth and the fifth day, because of the bowler’s foot marks for the fourth and the fifth day, the ball will start to turn very much, so the spin bowler dominates in this stage.

The following table shows the average scores of both innings in the last five matches of the IPL:

We can infer that there is no difference in average score between innings at Mohali IS Bindra Stadium in these last 5 matches, because all the matches were extremely close and the teams chasing the score won four matches on this ground in IPL. Therefore, we can assume that both innings get almost the same number of runs but normally the team chasing the score wins the match.

As far as tossing is concerned, it is not that important, but according to the winning records of the last five IPL matches, they show four matches in which the team chasing the score wins, while the first batting team won one match. IPL is a great place to watch High Scoring Matches.

The teams that won more matches at the Mohali IS Bindra Stadium in the IPL chasing the score than those who batted first did. IPL matches played at this ground have seen total four matches won by teams who bowled first, and one match won by a team who batted first, that was also a game that was decided by a close margin.

Upcoming IPL 2022 Matches in IS Bindra

Currently, the IPL season 15 will be held at the domestic venue. After the auction takes place on 18 February, the official schedule will be available. Here is the tentative schedule that is available until then.

The price of the IPL Mohali Tickets 2022 available at IS Bindra Stadium falls within the range of averages required to attract the maximum number of people. The price of the IS Bindra Stadium tickets is kept within the reach of cricket fans. The IPL Mohali Tickets Price 2022 starts from 950 Indian Rupees and goes as high as 8500 Indian Rupees. A large number of different rates are also declared in the middle of the lowest and highest ticket prices. After the official announcements of the IPL ticket prices for the upcoming season of the Indian Premier League, we have shared with you the IPL ticket price list for Mohali. The Kings XI Punjab management has announced the sale of tickets for the forthcoming season of the IPL. Soon, tickets for the matches to be held at the IS Bindra PCA Stadium in Mohali will be available at the stadium as well as at leading outlets in the Tri-city region. The ticket price for the match will be 500 rupees.

You might be able to access some tickets through the offline mode as well. Currently, the majority of the IPL Mohali tickets are available online and some of the offline tickets may be sold through offline distribution channels. Mumbai and Pune in Maharashtra will host four venues for… 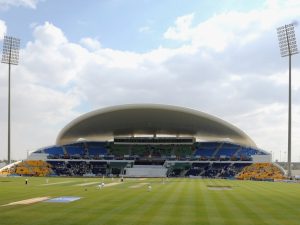 Sheikh Zayed Cricket Stadium is located in Abu Dhabi, one…