Cricket is an original British game, which dates back to the 16th century. Over its long history, cricket has evolved from a commoner pastime to a game of true gentlemen. Official rules of the game coexist with established traditions, based on honesty and mutual trust between players and referees.

Of course, this does not mean that there are no referees on the field, there are, but often their decisions are based on the player’s honest words. In this article, we will tell you about some of the traditions that have taken root in this wonderful sport, as well as those that have lost their relevance over time.

Each cricket match begins with the traditional toss of a coin. It is a coin to determine which team will be the first to pitch and which to hit the ball. Team captains must decide on the tactics for the upcoming match and choose a starting position. During the game the pitching is spoiled, and this greatly affects the course of the game. If it is an advantage for one team, it can cause discomfort for the other team.

The tradition of tossing a coin before the start of a match has been used continuously in cricket for 141 years since 1877. It was only in 2018 that the International Cricket Council proposed to do away with this tradition in Test matches and give the visiting team the choice of batting first or taking the field first. Also in 2018, the ICC announced that the coin toss would be retained in Test matches as an integral part of the cricketing tradition.

Honest players are the key to fair play

Even before cricket matches were widely publicized and video replays became available, it was the players themselves who informed the referees of what had happened when a dispute arose. It was the players who informed the umpires as to whether the ball had left the field, whether there had been a “boundary” or a “sixier”. The player’s answer was never questioned and his word was regarded as the final truth.

These days, this gentlemanly tradition has slowly come to naught, and with the advent of hawk-eye technology has lost its relevance.

The rule of pitching

Another unwritten rule, not found in modern cricket, was to serve the ball gently. The pitchers had to be careful with the batsmen and tried to serve the ball so that it would not make high bounces. In the past, cricket players’ equipment was not as rugged as it is now, and there were even cases when a ball would bounce right through a player’s helmet. Such a hit by the ball could severely injure the batting player and put an end to his career.

Today, players have access to very high quality and reliable protective equipment that protects the chest, arms, and head of the batsman. It is up to the player to choose which additional equipment he needs in the game. The main task of a batsman is to score points, and therefore to run. Extra protection is extra weight. That’s why it’s up to the player to decide which extra protection he needs and which will be an unnecessary burden.

This change comes under pressure from TV channels broadcasting cricket championships.  Cricket is watched by over a billion fans around the world, and it was decided to introduce colorful uniforms to increase the watching ability of matches!

Recently, more and more players have been calling for the introduction of summer cricket uniforms to make playing more comfortable in hot weather. The cricket season mostly falls in the summer, so running around in classic cricket uniforms seems unbearable for some players. It remains to be seen whether we will see cricket players in shorts in the next championships, at present all professional tournament cricketers go out as usual in their pants.

A joint celebration and applause for Batsman

Another detail indicating the high level of players and the cricketing public is the joint applause for players for their personal achievements. For example, when a batsman hits 50 points (half-century) or 100 points (a century), previously he was applauded by both spectators and opponents. These days, players from the opposing team usually ignore such achievements.

As you can see nothing stands still, and the traditions of even such a noble game as Cricket are changing.  Not surprisingly, the procedure for placing cricket bets has also changed. Today’s bettors no longer need to find the nearest betting shop, fill out betting coupons and look where to watch the current match. All this is available through the screen of your mobile device. All you need to do is to choose a reliable online bookmaker, register, and make a bet with the click of a button.

Choose the right gambling platform from the list at https://cricketbettingapp.in/ . There are the best cricket betting sites and apps out there that offer players an excellent cricket betting market, as well as generous bonuses to help beginners at the start of their online betting experience. 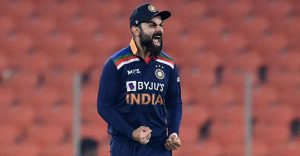