IPL All-time Most Fifties record for players by batsmen can be found on this page. Here is the list of the Top 5 Batsmen who have scored the most half-centuries in their IPL careers. We present you the most outstanding players who had a very good and impressive inning throughout the IPL seasons and made a maximum of fifty in the IPL T20 career.

Over the course of the competition, the batters annihilated the bowling lineups. A lot of big hits are made, and bowlers are blasted all over the field. It is very much like T20 cricket in general. Because of the fast-paced nature of the sport, there is a high possibility of half-centuries occurring.

List of players with most fifties in IPL history

In spite of the fact that Indian players hold most of the overall IPL records, this is an exception that cannot be explained. The Australian captain who led the squad to its only title, in 2016, was the man behind the success. His record for the most fifties in the IPL is held by Warner.

There are estimates that he has scored 5447 runs and has a batting average of 42.22 in 148 innings. The fact that four centuries, as well as 50 half-centuries, have been recorded is an impressive record in itself. Hyderabad has been able to rely on Warner as the back bone of their batting order for the past four or five years

Shikhar Dhawan, the Indian opener, is ranked in the second position of this respect with 44 fifties to his name. In addition to that, he has scored more than 5784 runs at an average of 34.84 with a strike rate of 126.64. He was an integral part of Delhi Capitals’ appearance at the finals last year, and he must continue to perform at the same level this season.

RCB captain Virat Kohli is tied with MI’s Rohit Sharma and MI teammate AB de Villiers in third place, and that was actually thanks to their fabulous performance. Currently, Kohli is the IPL’s leading run scorer with 6076 runs and he has led the Bangalore squad since 2013. The average he has maintained in tournaments is 37.97, and the strike rate is 130.41. As of this writing, he has won multiple awards, although the coveted IPL title eludes him.

Rohit Sharma, the captain of the Mumbai Indians, is tied with two other Indians connected to the Royal Challengers Bangalore – Virat Kohli and AB de Villiers. Rohit Sharma is one of the most successful players in the history of the Indian Premier League. As a captain, he has guided the Mumbai Indians to five championships over the past decade. He has scored 5480 runs over the course of the league. After being signed by Deccan Chargers in 2008, he spent the inaugural season with the team, winning the first IPL title of his career.

There is another overseas player in this record number of 50s that has achieved this feat, AB De Villiers, who has recorded 40 fifties in the IPL. The backbone of the Bangalore squad is comprised of ABD and Virat Kohli. In 162 innings of cricket, the South African player has accumulated 5056 runs at a strike rate of 152.38.

BATSMAN WITH MOST 50S IN IPL 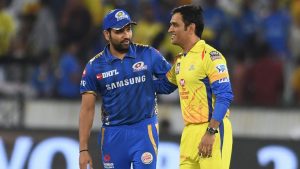 The bowling average tells you a great deal about the… 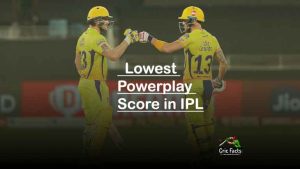